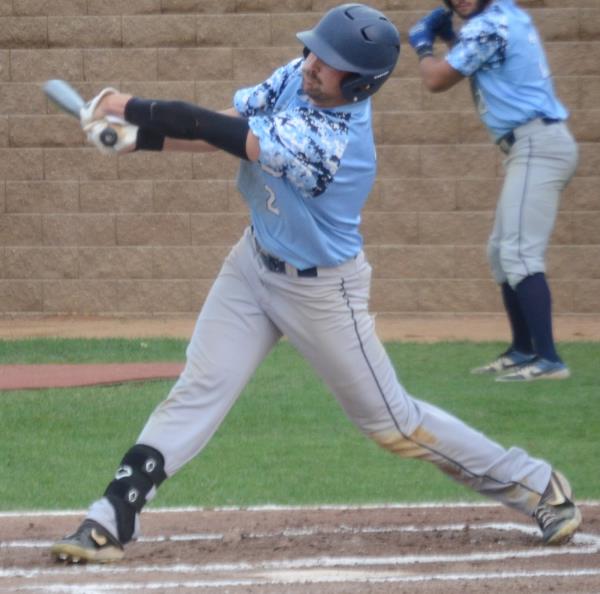 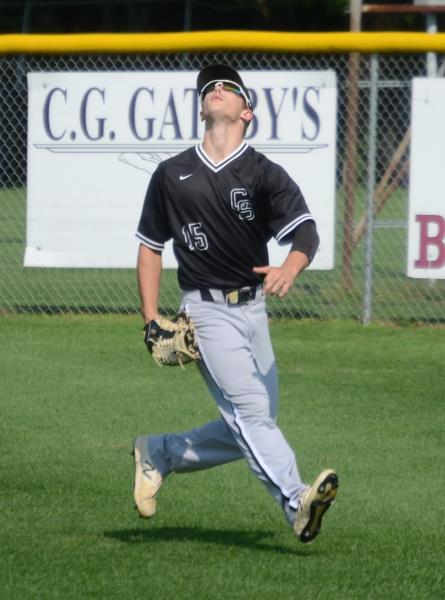 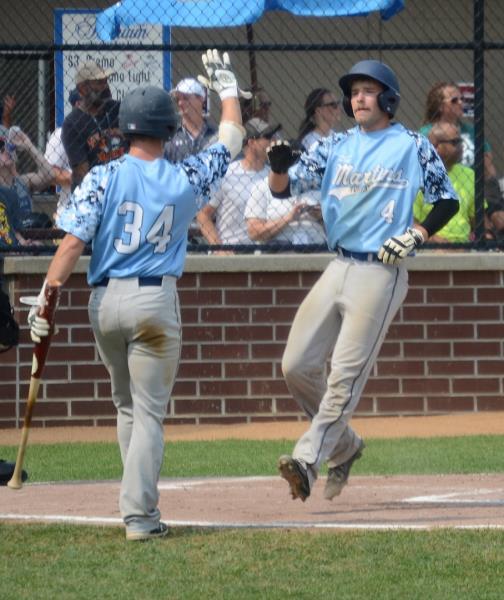 Fairmont is a win away from its first state championship.

The Martins flashed leather and hit from beginning to end in a 10-3 semifinals win over the Cold Spring Rockies.

The Rockies got on the scoreboard first in the bottom of the second inning against starter Matt Lytle. A grounder to third base was thrown away, allowing a run to score from first. The Martins did save another run with defense.

What would have been a run-scoring triple to center field, if not an inside the park home run, for Brady Linn was snared on a diving catch by center fielder Jack Waletich.

Waletich did it all in the early going. He tied up the game in the third against Cold Spring starter Eli Backes with a two-out double to left.

The Martins took the lead on a Waletich RBI single in the fifth.

Shaking their heads were the Rockies in the sixth when potential multi-base hits were robbed by diving catches from left fielder Levi Becker and right fielder Adam Schmidt.

Fairmont added to its lead with two runs in the seventh. Luke Becker lined a RBI single and advanced to third on an errant throw home. Becker came around to score on an error on a grounder to first base.

The Martins blew it open in the eighth. A nice throw to home by Rockies right fielder Brady Linn gunned down a potential Martins run. Fairmont persisted, scoring a run on another Luke Becker RBI single.

A close force out at home got the second out for Cold Spring but Shoen made sure the Martins cashed in for more. His single scored two and an error on a sharp grounder to second plated another to make it 8-1.

Tyler Geislinger brought Cold Spring within five with a two-run homer in the eighth.

The cherry on top of Waletich’s night came with a two-run, two-out single. He finished 3-for-5 with four RBI.

Alex Geislinger had two of the Rockies’ five hits.

Fairmont advances to the championship game 11 a.m. Monday in Springfield against the St. Patrick Irish. The start time was moved up from 1 p.m. due to rain in the forecast.

The Martins are seeking their first Class C championship in their second appearance. They lost to the Maple Lake Lakers in 2012.

It’s the first championship game appearance for St. Patrick, which advanced with a 6-4 win Sunday night in Milroy over the Young America Cardinals.

Cold Spring is swinging the bat as well as any team in the state tournament.

The offense showed up in Sunday’s 10-1 win for the Cold Spring Rockies over the Bemidji Blue Ox.

Bemidji scored first on a Bazil Zuehlke double in the bottom of the second. Cold Spring starting pitcher Tyler Brinker took a line drive off his leg in the half inning. After walking it off and throwing a couple warm-up pitches, he later worked out of a bases loaded jam to limit the Blue Ox to one run.

The Rockies knotted it up in the fourth when Austin Dufner took starting pitcher Turner Storm yard. It was Dufner’s fourth home run of the tournament.

Cold Spring took the lead for good with crooked numbers in the sixth, seventh and eighth.

Jonas added a RBI single, a run came in on an error, Dufner drove in two on a double and Skluzacek single scored one in the seventh. Storm departed after 6 ⅔ innings, allowing eight runs (all earned) on nine hits, three walks and with three strikeouts.

A run on a wild pitch and a Jordan Neu sacrifice fly closed the scoring for Cold Spring.

Brinker went the distance on the mound. He allowed one earned run on nine hits and a walk with three strikeouts.

Dufner finished with a game high three hits. Teammate Alex Geislinger had two. The Rockies are averaging 9.25 runs per game at state.

Bemidji was led at the dish by three hits from Caleb Manecke and two from Mitch Hendricks.

The St Patrick Irish and Young America Cardinals are in the other semifinal 6 p.m. Sunday in Milroy.

A day after knocking off defending champ Jordan, Fairmont took down one of the hottest teams in the state tournament.

The Fairmont Martins packed the first punch in a 5-1 win over the Buffalo Bulldogs.

Buffalo had led in all 26 innings it played at state until Fairmont drew first blood in the bottom of the second inning.

Zweibohmer left the bases loaded in the first and held off the Martins in the third and fourth. Buffalo scratched its first run in the fourth. Pitcher Tyler Tennyson bobbled a ground ball for a third out and Colton Haight made him pay with a RBI triple the next at-bat.

The Martins responded in the bottom half. Jon Traetow hit a two-run home run that just sailed over the right fielder’s glove. That ended Zweibohmer’s day after four-plus innings with six hits, five runs (all earned), three walks and two strikeouts.

John Weber came in for relief. He did his part to keep the Bulldogs hanging around with four scoreless innings and one hit allowed. Weber walked one and struck out two.

Tennyson went the distance for Fairmont. He allowed just three hits, one walk, four hit batsmen and struck out three.

The Martins were led at the plate by a 2-for-4 day with a run scored from Blake Crawmer in the No. 9 slot.

Fairmont advances to the semifinals 6 p.m. Saturday in Springfield against the winner of the 3 p.m. game in Springfield between the Bemidji Blue Ox and Cold Spring Rockies.