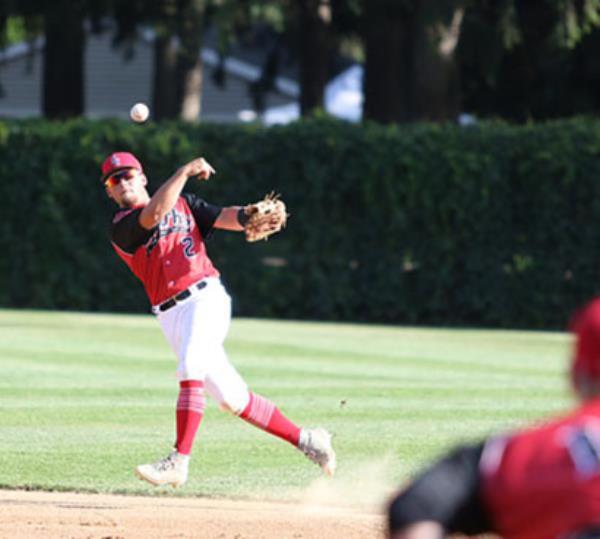 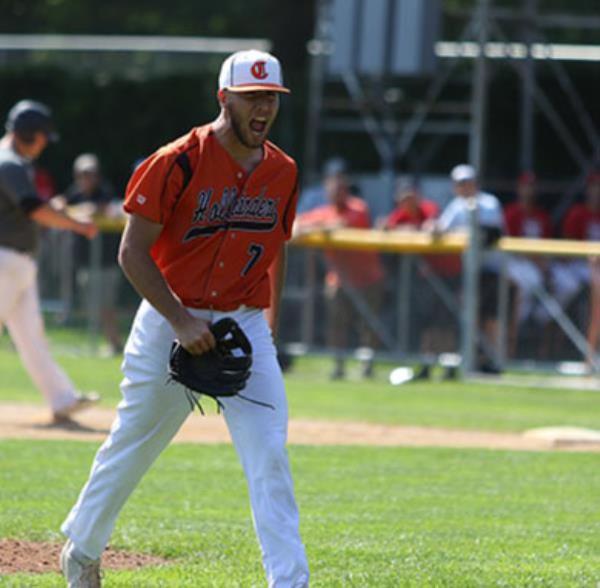 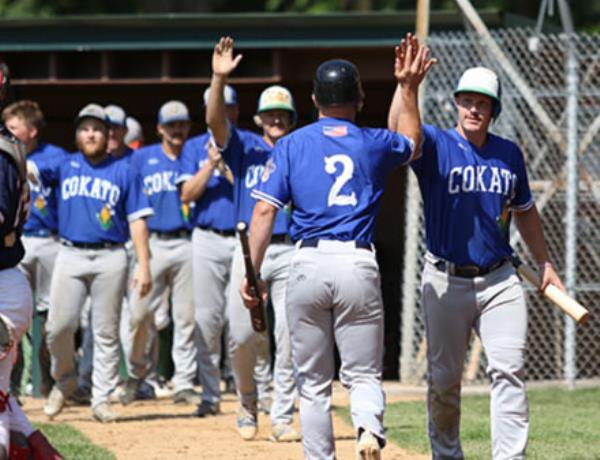 The Isanti Redbirds only needed one inning of scoring to earn the win Saturday night, thanks to a strong effort on the mound from James Green and a stout defense behind him. The righty went seven innings and held the Morristown Morries to only four hits in a 5-0 win.

With a shutout effort on defense, the Redbirds explosive second inning was more than enough. The Redbirds loaded the bases with walks to Dan Hamann and Tristen Zimbrich, which sandwiched a single from Trevor Weidt. Jeff Bowman was then hit by a pitch to plate one runner and Mitch Dunbar drove in two more on a single. A walk to Joe Tuholsky reloaded the bases and another hit batter put the fourth run across the board. In a confusing play that had both teams guessing as the inning ended, the ultimate result was one run scoring before a double play.

Weidt and Tuholsky led the Rebirds with two hits each, while Dunbar Nick Hoffman and Max Spitzer each had one.

James Green and Taylor Wink limited the Morries to four hits, with Green earning the win in seven innings.

The Buckman Billygoats rallied from what could have been a disastrous start, belting out 14 runs (including eight in the final inning) to down the Stewartville-Racine Sharks 14-6.

The Sharks looked dangerous early, sending five runs across the board on six hits. But after the explosive start, the offenses were held largely in check until the Billygoats got hot at the plate in the sixth and continued to roll.

Joe Kahl doubled in the leadoff spot and scored on a single from Shawn Lanners. A double from Jack Suska put two runners in scoring position, leading to a score off an error and an RBI double from Lane Girtz.

The Billygoats then evened the game at 6-6 when Kahl plated a pair of runners on a single in the seventh.

With the Sharks capable of scoring in bunches, as shown in the first inning and their 13 total hits in the game, Buckman looked to put the game away heading into the ninth. The Billygoats erupted for eight runs in the ninth inning, ending the game the opposite way they started. Adding a nice flourish to the win, the eight-run rally was punctuated by a two-run homer by Noah Boser, putting the final score at 14-6.

The Billygoats rallied from the 5-0 deficit to score 14 runs on 17 hits, led by Boser's five hits and three RBIs. Girtz, Kahl, Lanners and Aaron Weber also had multi-hit games with two hits each.

The Cologne Hollanders made the most of their first state tournament appearance in 47 years, defeating the Hadley Buttermakers 5-2.

The Hollanders were in control throughout, looking like veterans despite the youthful roster they boast. A single from Joey Lilya plated the first run for Cologne in the second inning, and the Hollanders never trailed in the game.

Boosting the Hollanders was a fiery pitcher that earned double-digit strikeouts, as Christian Johnson 12 batters.

Hadley's defense gave up 11 hits, but made the plays when Cologne was in scoring position to keep the game close and eventually knot the game at 1-1 in the sixth. Joe Larson singled in the leadoff spot, then Nick Bruning singled to put the pressure on the Hollanders, leading to the tying run scoring on an error.

The Hollanders responded in the next half of the inning, starting with a lead off single from Lilya, who then stole second and moved to third on a sac fly. A walk to Casey Clemensen led to an error on a pickoff attempt and Lilya crossing the plate, then another error kept the inning alive. Kyle Brazil and Anthony Brenner made the Buttermakers pay for the error, with a two-RBI single and an RBI double respectively.

Cologne draftee Zach Iten (Watertown) closed out the game and sent the Hollanders faithful into a frenzy nearly half a century in waiting.

Lilya, Brenner and Carter Clemensen led the Hollanders with two hits each, while Brazil, Tanner Luebke, Cole Pengilly, Zack Nelson and Tim Swanson each had one.

Joe Larson had two hits for the Buttermakers, while Nick Bruning, Eric Weineke, Trent Carlson and Justin Brenda each had one.

The Hollanders move on to face Nisswa Aug. 24 in Maple Lake at 11 a.m.

The difference between two teams in the state tournament can be a slim one, so every play can matter. This was the case for the Saturday morning matchup of Sleepy Eye and Cokato. The Indians from Sleepy Eye out-hit the Cokato Kernels 7-6 and held their opponent to only one run through seven innings, but six errors proved costly in the 3-0 loss.

A series of errors led to the Kernels' first run in the third inning, but Cokato could not find enough separation to for comfort as the two sides went into the eighth with only a one run difference. But again errors proved costly for the Indians when Isaac Nelson got on base in the leadoff spot on an error, then Billy Aho singled and another error put the pair of runners on second and third. Luke Morris then came up with the clutch hit that gave the Kernels some breathing room, driving in two runs on a single to put Cokato up 3-0.

That cushion was enough for the pitching staff of the Kernels, as Steve Schmitt earned the win in 8 1/3 innings and Tyler Wolf finished the game with one strikeout facing the final two batters.

Morris, Aho, Nelson, Jake Smith, Ethan Niemela and Austin Kantola each had a hit for the Kernels.

Matt Mielke and Jake Mielke each had a pair of hits to lead the Indians, while Mark Schommer (6 innings) and Jacob Berg (2 innings) allowed no earned runs in a combined effort on the mound.